Sensei Mauricio Carranza began practicing Karate at age 11. Since then he has practiced and perfected it for 25 years.

As a competitor, he was Pan American champion, sub champion in Combat and Kata in the United States, multiple times champion and light sub champion in Costa Rica and was inside the best 16 light fighters of Japan in 2010.

For 10 years he has been a direct student of Kancho Hatsuo Royama, who in turn was a 30-year student of Sosai Masutatsu Oyama and founder of the Kyokushin-Kan Organization.

Sensei remains in constant technical learning. He visits his teacher annually in Japan and participates in Karate camps and seminars around the world.

With Sensei, karatekas from different countries in Latin America are prepared, trained and certified annually, a region in which he also gives seminars on a regular basis.

In addition to his martial training, Sensei has high-quality functional and CPR training certifications from the American Heart Association. 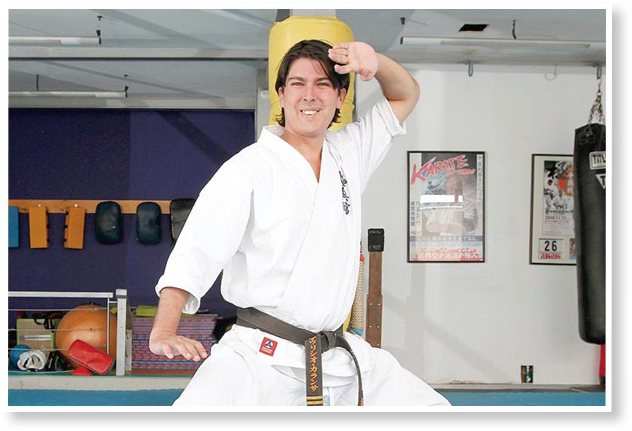 Parallel to karate, he has stood out as a leader and precursor at the national level, in the development of a successful program to combat bullying, patented and certified by psychologists, which has been implemented in the best private schools in Central America.

I am in constant technical learning, leading the operation of the Kyokushin-kan organization in the Central American and Latin American region.

My Karate programs have been evaluated by the best teachers in the world and also by national professionals in the areas of child pedagogy and child psychology.

These processes have made our program successful and adopted by schools such as: The Country Day School, Blue Valley School, Lincoln School and Panamerican School in Costa Rica and multiple preschool institutions in the country

Get a FREE Class!